One month after the Ontario Tories’ election victory, the Ontario Chamber of Commerce sent personalized letters to each member of Doug Ford’s new cabinet, along with a copy of their 90-page Blueprint for Making Ontario Open for Business.

“Dear Minister Elliott,” they wrote last July to Ontario’s Health Minister, “The OCC and its members view the health care system as an economic driver; a $52 billion investment that has the potential to kick-start Ontario’s economy … The key is removing those barriers that prevent innovation in the procurement and delivery of care. In short, your ministry must make health care “open for business.”

Less than six months on, Elliott has proven she is more than willing to play the role of dancing chimp to the OCC organ grinder.

On January 31, Ontario NDP leader Andrea Horwath went public with leaked draft legislation that would create a health care “Super Agency” with the powers to directly impose mergers, cuts, for-profit procurement, and outright privatization. The draft Health System Efficiency Act (HSEA) was leaked on the same day that the government released a report cataloguing problems in the health system and indicating that a second report with recommended fixes was being prepared. The “fix” is certainly in – the draft HSEA dates from last year and is, clearly, the legislative direction for that yet-to-be-prepared second report.

The HSEA is an omnibus bill that brings sweeping changes to the structure of the health system. Power for health care would be divided between the Health Minister, the Super Agency and a new structure called the Integrated Care Delivery System (ICDS.) All existing health care entities – from hospitals to home care to the Local Health Integration Networks (LHINs) – would be merged into the ICDS structure. The Health Minister would have extraordinary powers to integrate or eliminate health care entities, dictate the transfer of employees, and issue binding directives and standards. In the process, the bill eliminates local engagement and accountability, objectivity, and transparency.

The LHINs were introduced by the McGuinty Liberal government, as a vehicle for regional administration of provincial health funding. Under the pretext of local engagement, the LHINs were the Liberals’ favoured instrument for implementing a decade of cuts to health and hospital funding. The result has been service cuts and bed closures, privatization of health and hospital services, and increased corporate profit through procurement.

In many ways, the Health System Efficiency Act represents the Tories taking a Liberal privatization scheme to its logical next level, creating a single Super-LHIN tasked with implementing deeper cuts and facilitating further privatization.

Particularly alarming is the HSEA’s provision to allow a “performance bonusing” pinned to efficiencies, as a way to generate profits in individual health care entities. This “cash for profiteering” has sweeping implications for procurement, quality of service, working conditions and wages.

A system of performance bonuses diminishes transparency and increases the risk of corruption in the area of procurement. Fraud is already prevalent in privatized health care: one day after the HSEA was leaked, former SNC-Lavalin CEO Pierre Duhaime pled guilty to paying a $30 million bribe to hospital managers, in exchange for information that helped the corporation win the $1.3 billion P3 contract for the McGill University Hospital Centre. This is described as the biggest corruption scandal in Canadian history, and it all relates to privatization. 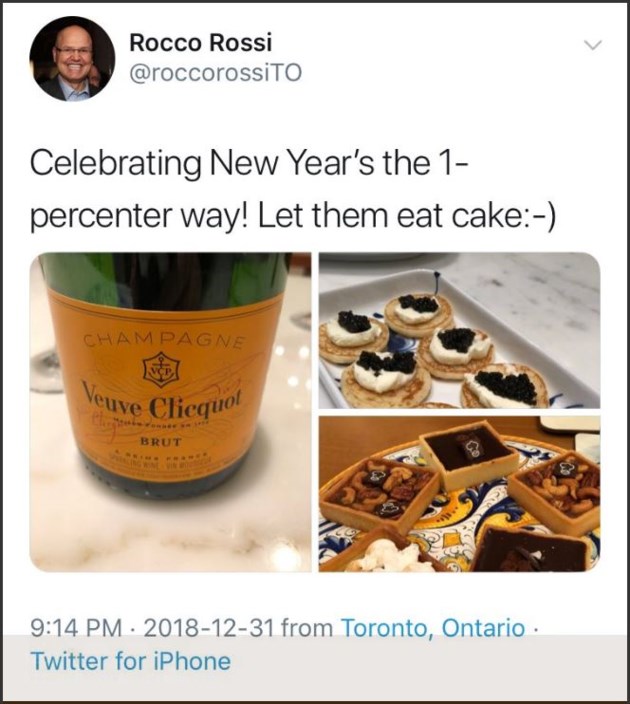 This is the president and chief executive officer of the Ontario Chamber of Commerce.

All of this should bring attention back to the Ontario Chamber of Commerce and its blueprint for profiteering.

The OCC has long campaigned for the changes that are included in the HSEA. It has called specifically for the merger of health and health-related entities into a single agency, and an exclusive focus on “value-based” health care. OCC documents explicitly state that value-based health care means creating and extracting value, or profit.

The Chamber has also called for an increasing role for private corporations in health care. The OCC wants to bring for-profit interests directly to the stage of identifying patient needs, as well as to guarantee their involvement at the point of policy and legislation.

Among the OCC’s Premier Members are private health insurance corporations, pharmaceutical giants like GlaxoSmithKline, and SNC-Lavalin. After making incremental inroads with the McGuinty-Wynne Liberals, these corporations now have the opportunity to open up the entire health system to corporate access, influence and profiteering.

But, none of these developments are happening in a vacuum. The Ontario Health Coalition and health unions have been working hard to oppose creeping privatization in the province’s health care. They have responded to the leaked HSEA by quickly exposing its dangers and mobilizing in communities across the province. They are planning a large rally at Queen’s Park on April 19, ahead of the provincial budget.

The Chamber of Commerce has identified 52 billions for health care privatization. The working class now has to demonstrate that it has the same number of reasons, and more, to oppose privatization and to defend public health care.

Ontario: education workers fighting “more than ever” for students

‘Army of Lovers’ shuts down far-right march in Toronto